After their success last March, by winning the Big East Conference’s post-season tournament and gaining the league’s automatic bid to the NCAAs, Georgetown will blend six returning players with seven newcomers in hopes of continuing the momentum.

Guards Donald Carey and Dante Harris are the top returnees as both players averaged 8.0 points a game for the Hoyas, who finished the season with a 13-13 record after defeating Marquette, Villanova, Seton Hall and Creighton in the Big East tournament before losing to Colorado during March Madness.

A graduate student, the 6-5 Carey started 20 of 26 games last season as his 17 points against Colorado was his best production in the post-season after scoring 28 points in the four Big East tournament contests.  The 6-0 Harris averaged 10.4 points, 4.4 rebounds and 2.8 assists a contest in the five-game post-season with nine steals.

Topping the list of newcomers is 6-5 freshman guard Aminu Mohammed, who has been cited as the Big East’s pre-season freshman of the year.  A two-time Missouri prep player-of-the-year, Mohammed scored over 3,200 points and grabbed nearly 1,500 rebounds in his high school career.

The other top newcomer to the Hoya roster is graduate transfer Kaiden Rice from The Citadel.  A 6-7 swingman, Rice played in 105 games at The Citadel with 55 starts.  He scored 1,232 career points for The Citadel highlighted by a 17.6 scoring average last season for the Bulldogs.

Ryan Mutombo enters his first season on the Hoya roster after earning all-state honors in Georgia and scoring over 1,500 points in his prep career.  The brother of four-year Georgetown letter winner George Muresan, Victor Muresan was on the Hoya roster last season, and looking to hit the court this year.

Coach Patrick Ewing enters his fifth-season as the Georgetown head coach as the Hoyas won 10 of their last 15 games last season after starting the campaign 3-8.  The appearance in Anaheim for the Paycom Wooden Legacy marks Ewing’s first game on the west coast during Hoya coaching career.

Georgetown will be playing in its fourth ESPN-sponsored in-season tournament as the Hoyas won the 2010 Charleston Classic by defeating Coastal Carolina Wofford and North Colorado State during their title run.  Overall, Georgetown has a 7-2 record in ESPN Events tournaments.

While never playing USC on the collegiate hardwood, Georgetown will be meeting San Diego State for the second time after the Hoyas defeated the Aztecs 71-53 in 1981 in the District of Columbia.  Georgetown and Saint Joseph’s have played 33 times with Hoyas winning 17 times after defeating the Hawks 62-53 in January 1980 in Philadelphia. 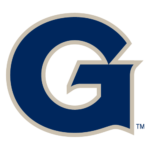