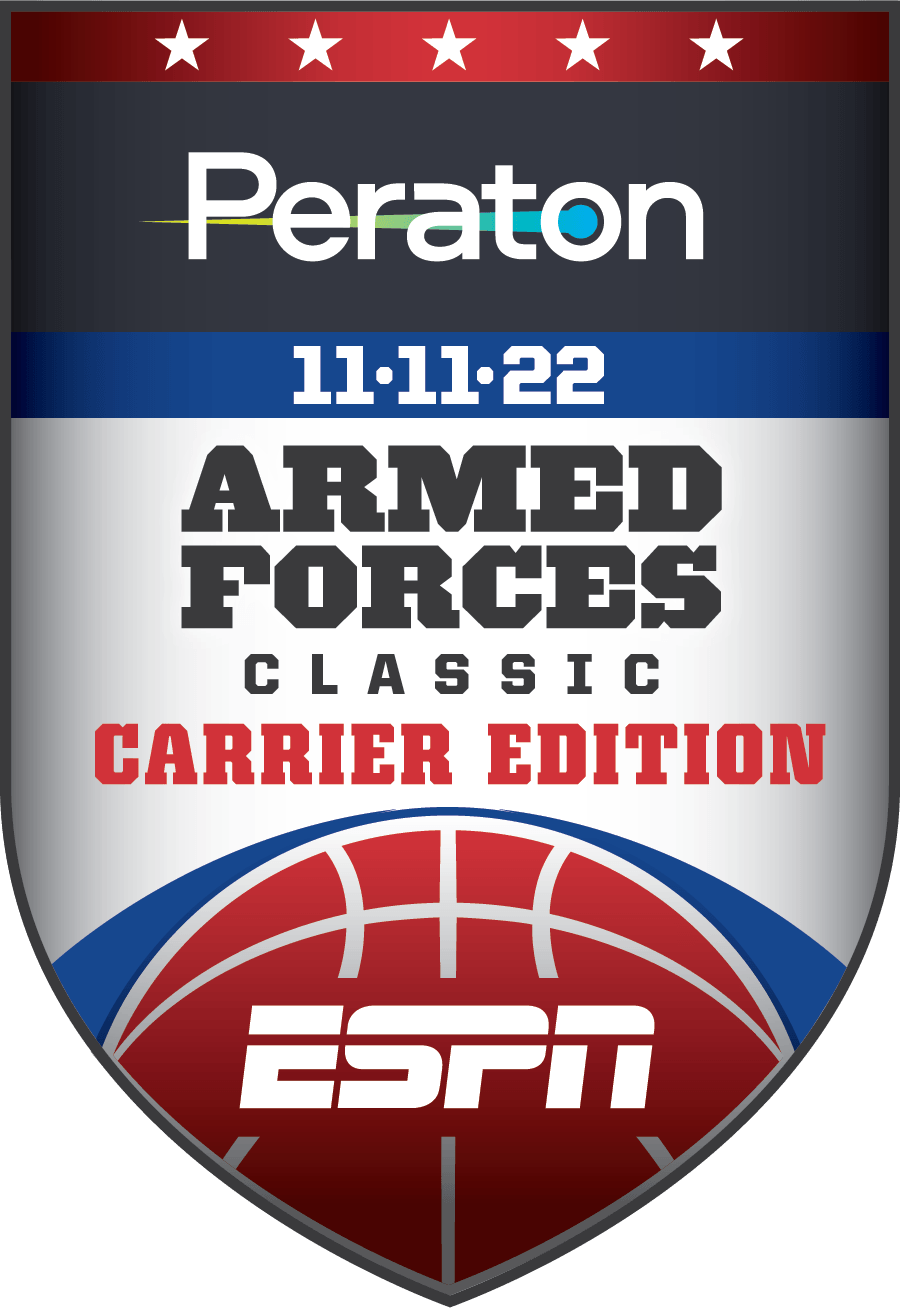 The 2013 Armed Forces Classic will be played at Camp Humphreys in South Korea – a United States Army base – on Friday, Nov. 8 on ESPN. The second installment of the classic will pit Georgetown University against the University of Oregon as part of ESPN’s Veteran’s Week initiative honoring the men and women who are serving and who have served in the United States military, both at home and abroad.

“Camp Humphreys is extremely proud to host this year’s Armed Forces Classic,” said Commander Colonel Darin S. Conkright. “I can’t think of a better way to provide the Soldiers and Families stationed here on Freedom’s Frontier a taste of home than through a sporting event of this magnitude.”

While at Camp Humphreys, the teams will participate in a variety of activities surrounding the game, including serving the troops at a dining facility, conducting youth clinics for families of the troops, holding open practice and touring the base. Additional details, including game time and on-base initiatives, will be announced at a later date.

Georgetown finished the 2012-13 season with a 25-7 record, won a share of the BIG EAST regular-season championship and earned a No. 2 seed in the NCAA Championship. Oregon finished the 2012-13 season with an overall record of 28-9, winning the Pac-12 Conference Championship. The Ducks advanced to the NCAA Championship Sweet 16 as a No. 12 seed knocking off No. 5 Oklahoma State and No. 4 Saint Louis, before falling to eventual national champion and top-seeded Louisville. ESPN.com senior writer Andy Katz tagged both teams as programs to watch next season.

Last season, unranked Connecticut upset No. 14 nationally ranked Michigan State 66-62 in the inaugural Armed Forces Classic held in a C-5 transport airplane hangar on the Ramstein Air Base in Germany.

The Armed Forces Classic is a series of Division I college men’s basketball games to be played on U.S. military facilities worldwide over a five-year rotation (one game per branch of service at a different military installation), beginning at Ramstein Air Base in Germany in 2012. The classic is owned and operated by ESPN Regional Television (ERT).

For more information on the Armed Forces Classic, visit the official web site at www.armedforcesclassic.com.