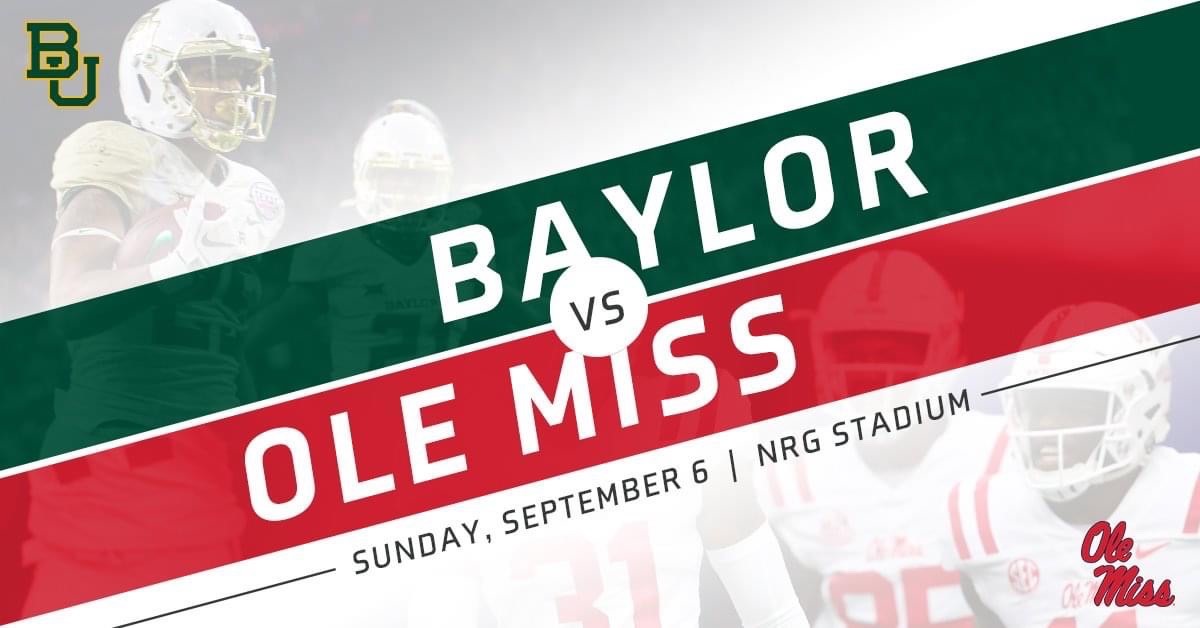 The 2020 Texas Kickoff featuring Baylor vs. Ole Miss is now scheduled to kick off Sunday, Sept. 6, moving from the previously scheduled date of September 5. The game, played at NRG Stadium in Houston, is slated to be part of ESPN’s Labor Day weekend opening schedule, airing on an ESPN network.

“ESPN’s Sunday game during kickoff weekend has quickly developed into a strong franchise,” said Pete Derzis, ESPN senior vice president of programming and ESPN Events. “We look forward to continuing that success as we feature two head coaches in their inaugural games with two great programs. We want to thank the schools and our Texas Kickoff team for recognizing this unique opportunity.”

Fans interested in tickets for the event can visit www.texaskickoff.com and sign up for the Priority Wait List to receive the most up to date information for when single game tickets and suites will be released.  Tickets are also available through Baylor Athletics and Ole Miss Athletics via their ticket offices.

Kickoff time and ESPN network designation for the matchup will be available at a later date. ESPN’s entire early-season college football schedule will be announced in the coming weeks as conferences and television networks continue to prepare for the college football season.