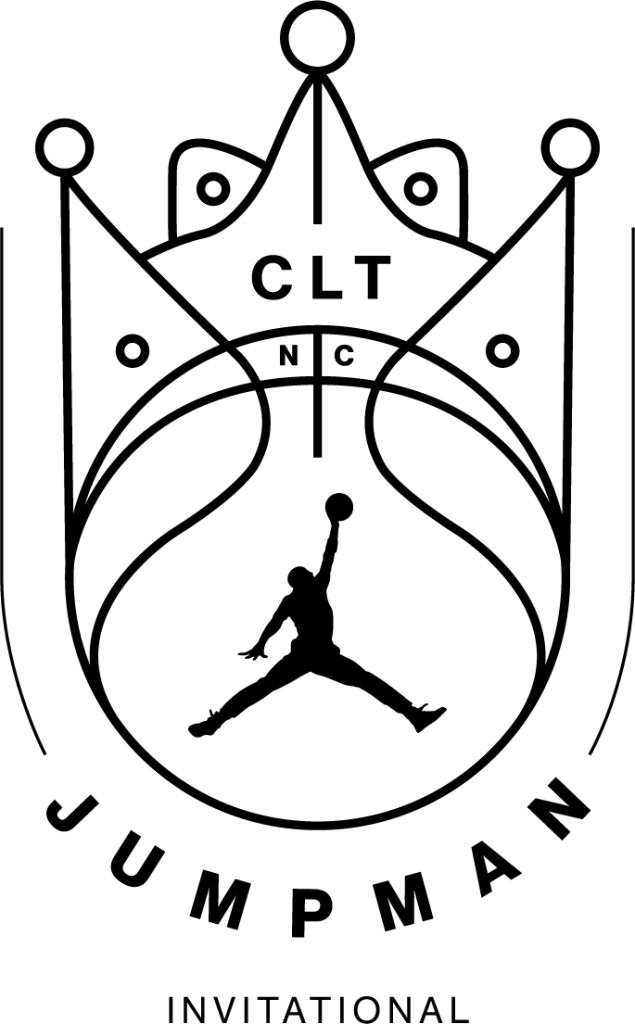 Celebrating the game of basketball and its dynamic culture, the three-year agreement kicks off with inaugural event Dec. 20-21, 2022

CHARLOTTE, NORTH CAROLINA (July 8th, 2021) – The Charlotte Sports Foundation today announced a three-year deal with Jordan Brand to host the Jumpman Invitational, a major holiday college basketball event in the Queen City. The inaugural gathering, slated for Dec. 20-21, 2022, will feature both the men’s and women’s teams from the original four schools to sign partnership deals with Jordan Brand in both basketball and football: Florida, Michigan, North Carolina and Oklahoma.

All games will be played in Charlotte’s Spectrum Center in partnership with Hornets Sports & Entertainment, which owns the NBA’s Charlotte Hornets and operates the facility. The schedule will feature two games each night, with matchups and game times still to be determined. ESPN networks will air all four games, with ESPN Events working in conjunction with CSF to maximize the event’s success in front of a global audience.

“We’re incredibly excited to bring what we believe will quickly become the marquee college basketball event of the holiday season to the Queen City,” said Danny Morrison, executive director of the Charlotte Sports Foundation. “These are four of the most storied and competitive programs in the game, and we’re looking forward to the interconference play.”

“I’ve got to thank Oklahoma Athletics Director Joe Castiglione for being the first to suggest getting the original four Jordan Brand schools together for an event,” added Morrison. “And our Board of Directors is especially pleased to highlight both men’s and women’s college basketball in this way while offering the same amazing experience for all the players, coaches and fans.”

Jordan Brand plans to create unique experiences for fans as well as players and coaches in conjunction with the event. Details are being finalized and will be announced in the coming months.

“This a great opportunity to showcase our city’s passion for all things basketball and a wonderful venue in the Spectrum Center,” said Fred Whitfield, President and Vice Chairman of Hornets Sports & Entertainment. “We look forward to partnering with the Charlotte Sports Foundation and Jordan Brand to create a memorable experience for basketball fans, as well as all the players and other representatives of the participating schools.”

“We are excited to be working with the Charlotte Sports Foundation and Jordan Brand in bringing this signature event to Charlotte,” said Clint Overby, vice president of ESPN Events. “The four participating schools represent some of the very best in intercollegiate athletics, and the event will be another great addition to the sports lineup in the community.”

Morrison said the possibility exists to expand the event to include other Jordan-affiliated schools in 2023 or 2024, or to extend the partnership into subsequent years.

“We’re hoping this will be the start of one of the most anticipated, coveted and competitive events in all of college basketball each and every year,” said Morrison. “Charlotte has all the resources to make this an overwhelming success including an incredibly passionate fan base, and we look forward to seeing this event grow in stature for years to come.”

The mission of the Charlotte Sports Foundation (CSF), a 501(c)(3), is to provide leadership for sports- based initiatives that result in a positive impact on the economy and quality of life in the Charlotte region. CSF was created in the spring of 2013 as a combined entity of Charlotte’s two primary sports development groups, Charlotte Collegiate Football and the Charlotte Regional Sports Commission. Its origins can be traced to the vision of Charlotte civic leaders after the very successful hosting of the 1994 NCAA Men’s Final Four.

The Board of Directors that guides the Charlotte Sports Foundation boasts a dynamic roster of top Charlotte civic and business leaders. Please visit www.CharlotteSports.org for more information.