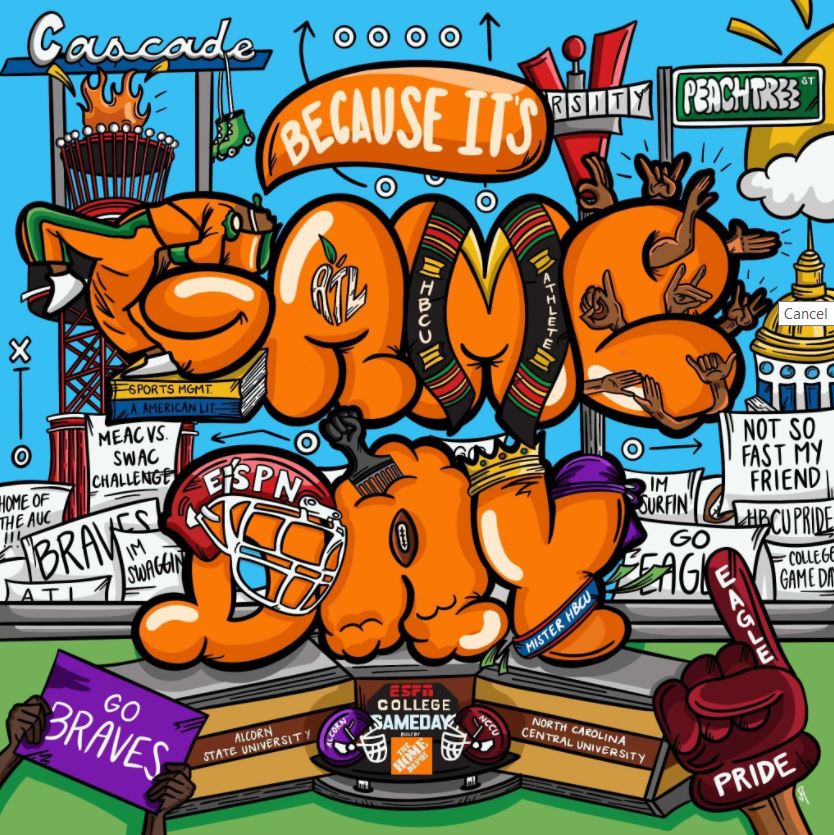 ESPN’s College GameDay Built by The Home Depot will kick off the 2021 college football season by showcasing two early-season kickoff games in Atlanta and Charlotte, including a first-ever visit to the Cricket MEAC/SWAC Challenge Kickoff in week 0.

“We all missed the traditions of college football and the festive atmosphere of Saturdays last season, so we are particularly excited to welcome fans back for College GameDay’s 35th season, starting with the first two road shows in Atlanta and Charlotte,” said Drew Gallagher, ESPN coordinating producer.

Marching bands from both North Carolina Central (The Marching Sound Machine) and Alcorn State (The Sounds of Dyn-O-Mite) will also be showcased during GameDay’s week 0 stop.

In addition to College GameDay, ESPN’s signature morning debate show First Take – featuring Stephen A. Smith, Max Kellerman and host Molly Qerim Rose – will be live from Center Parc Stadium on Friday, Aug. 27, preparing fans for the Eagles vs. Braves matchup. The trio will also welcome a full lineup of special guests as they celebrate their first roadshow of the year.

Following the season-preview show, College GameDay will travel to Charlotte on Saturday, Sept. 4, to spotlight the highly anticipated, potential top-five matchup of Georgia vs. Clemson in the Duke’s Mayo Classic. The show will originate from Bearden Park in uptown Charlotte, just a few minutes from Bank of America Stadium, where the Bulldogs will take on the Tigers at 7:30 p.m., on ABC Saturday Night Football presented by Capital One. The southern rivals have played more than 60 times, but this will be the first game between the SEC and ACC schools since 2014.

Additional details and information regarding College GameDay’s first two shows, including special guests, will be announced in the coming weeks.