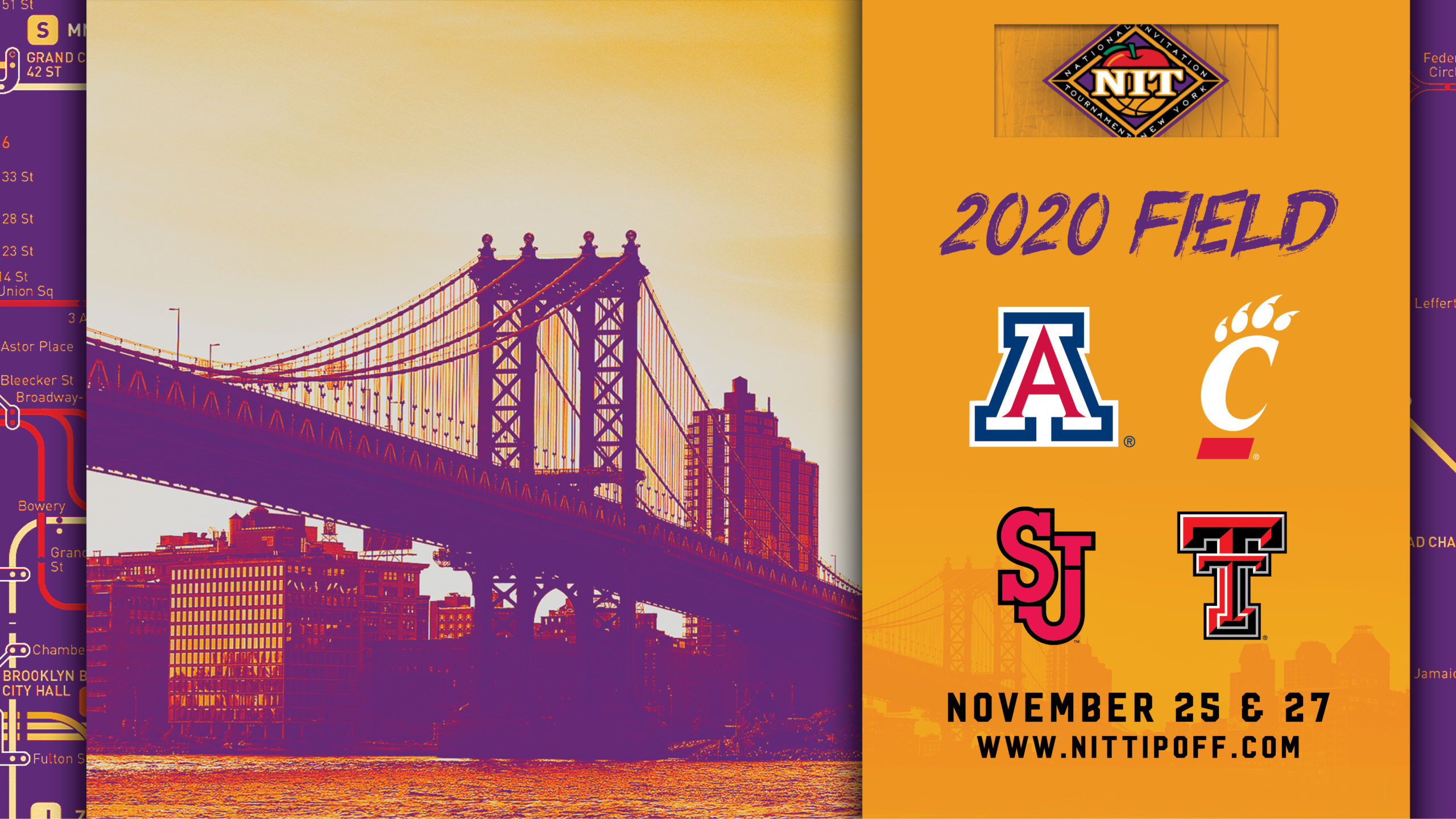 BROOKLYN (NOV. 27, 2019) – The NIT Season Tip-Off will return to Barclays Center for a sixth-straight season during Thanksgiving Week of 2020, featuring an elite group of teams from America’s top conferences.

The field includes a pair of current Top 25 teams in the No. 12/12 Texas Tech Red Raiders of the Big 12 and the Pac-12’s No. 14/14 Arizona Wildcats, as well as the Cincinnati Bearcats (RV/RV) of The American and the St. John’s Red Storm of the BIG EAST.

This fall marks the sixth-straight year at Barclays Center for the NIT Season Tip-Off, which has been played in New York City every November since 1985. The outstanding 2019 field features Syracuse, Oklahoma State, Ole Miss and Penn State (RV/RV).

The NIT Season Tip-Off is one of 11 college basketball events owned and operated by ESPN Events, a division of ESPN.