I’d like receive updates, special offers, and other information via electronic messages from ESPN Events and other members of The Walt Disney Family of Companies. Privacy Policy

The State Farm Champions Classic, which matches four of the nation’s best programs against each other, began in 2011.

The State Farm Champions Classic will open the 2020-21 season, to be played on Tuesday, Nov. 10, on ESPN, coinciding with the new start of the college basketball season as announced by the NCAA today. The 2018 Classic – a neutral site doubleheader – will once again feature Duke, Kansas, Kentucky and Michigan State, with Duke facing Michigan State, and Kansas facing Kentucky. This year’s games will be played at the United Center in Chicago, with the 2021 Classic returning to Bankers Life Fieldhouse in Indianapolis. 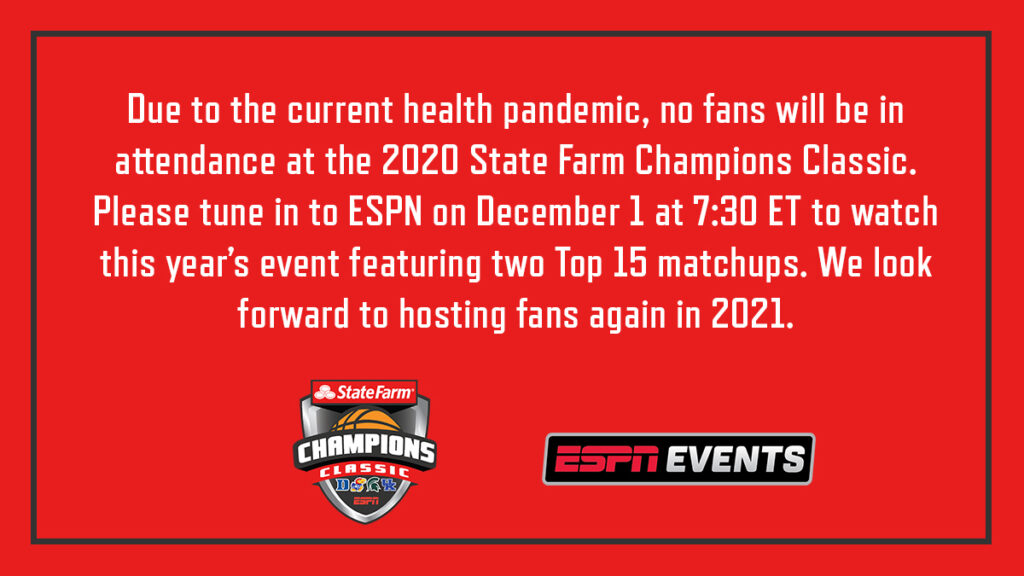